Architecture can be regarded as a form of art as it has and will continue to shape our world with myriads of iconic buildings.

In the first article, we discovered three of the most stunning buildings from around the world, and today we will share some new impressive buildings with you! 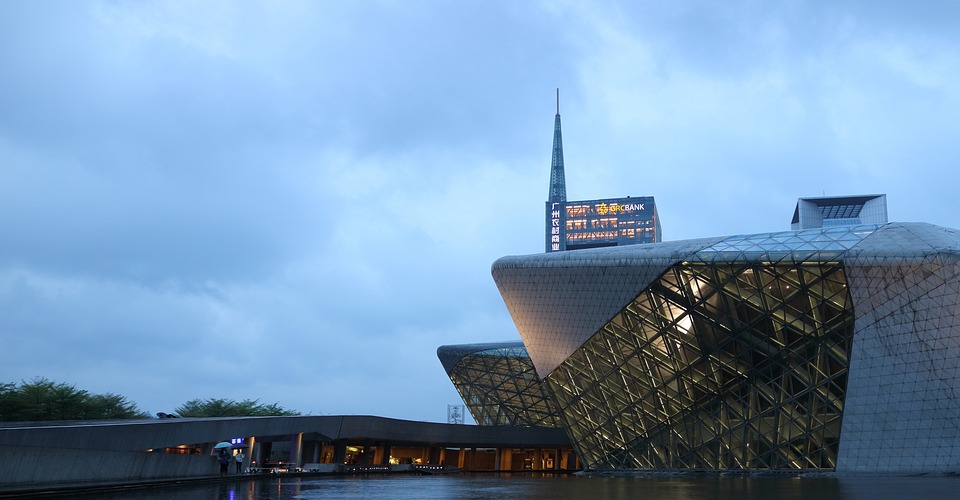 Designed by Zaha Hadid, a British Iraqi architect, the Chinese opera house is found in the Guangdong province. It started as an international architectural competition in 2002 and due to her “double pebble” design, Zaha Hadid was announced the winner.

The opera house design was created by combining the principles of nature and architecture and it was based on the concepts of topography and geology. The process where river valleys are transformed by erosion also influenced the design of Zaha Hadid. The 1800-seat concrete auditorium consists of granite panels and steel-framed glass. Its interiors such as lobbies and cafes were designed to allow natural light to penetrate deep inside the building. Located near the Pearl River, the Guangzhou Opera House depicts an image of culture and perfect harmony.

In the 21st century, the theatre has become the heart of Guangzhou’s cultural development and one of China’s most renowned opera houses, where it can host many musical concerts, plays and dance performances.

If you are a fan of opera, don’t forget to add Guangzhou Opera House to your list! 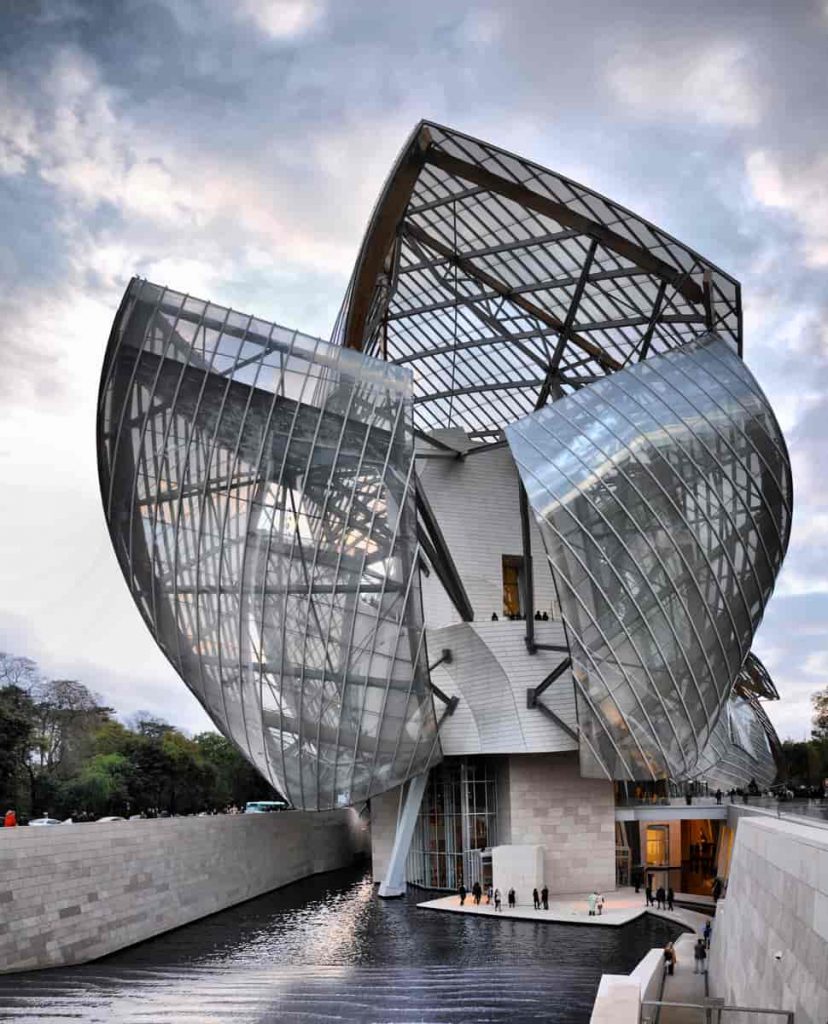 Located in Paris, France, the Louis Vuitton Foundation is a modern cultural center and an art museum that opened its doors in 2014. Back in 2001, Bernaud Arnault, the Chairman of LVMH, chose the renowned architect Frank Gehry to construct his new project.

The building’s design was inspired by the glass structure of the Grand Palais des Champs-Élysées and the Jardin d’Acclimatation, which are both found in Paris. It is based on the core principles of the nineteenth-century architectural style. A series of the architect’s sketches showed some lively ripples and curves as if the wind was pushing a boat.

The building’s construction started in 2008, where technological developments used in the aviation industry such as 3D design software were required. As a result, the design team employed digital software to master the complex geometries, modify the architectural designs and bring the project alive. The building was constructed with glass sails that were curved-shaped and made up of laminated glass panels. It consists of 11 gallery sections that were made up of a white fibrous and ultra-high performance concrete called Ductal. The building also includes offices, recreational spots, a museum store, a restaurant and an auditorium.

As per Bernard Arnault, the building’s design structure reflects the unique combination of creativity and boldness and represents a unique space for art and culture. 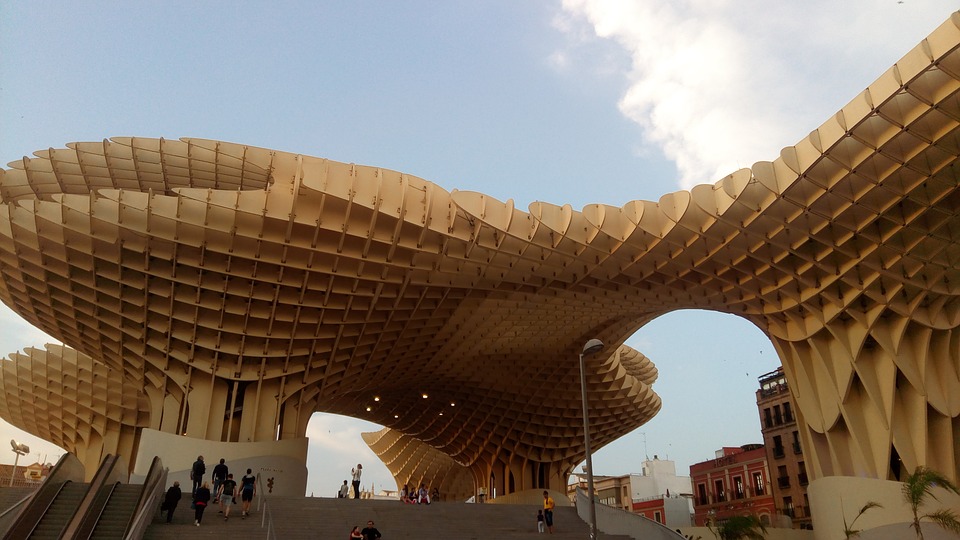 Previously, the Plaza de la Encarnación in Spain used to be a simple car parking space. However, it has now been transformed into a new and striking piece of architecture called Metropol Parasol. Located in Seville, the capital city of Spain’s autonomous community of Andalusia, this wooden structure, also known as Las Setas de la Encarnación, was designed by Jürgen Mayer, a German architect.

In 2005, the construction of the world’s largest timber structure started. The design was based on an organic design where six mushroom-shaped parasols were constructed, providing shade for the plaza. The four-level building structure was built with intertwining permeable levels where the first level includes a marketplace, the second a place for musical and dance shows, the third a restaurant and a public balcony on the fourth floor, which offers a stunning panoramic view of the city.

The combination of organic and urban building design principles made it become the new landmark of Seville. Moreover, in 2012, the Metropol Parasol won the Red Dot Design Award for the best innovative design quality.

If you are travelling to Spain, remember to visit the Metropol Parasol!

Do you think these buildings speak of creativity and innovation? Please share your comments!