Our world undoubtedly consists of many striking and beautiful buildings. Some of them have even defied common civil engineering concepts and challenged the Laws of Gravity as established by Newton.

Architecture is not a simple and easy task, but when we look at unbelievably stunning buildings, we often wonder how they came to be. Today, we will take you to discover some of the world’s best-designed buildings. 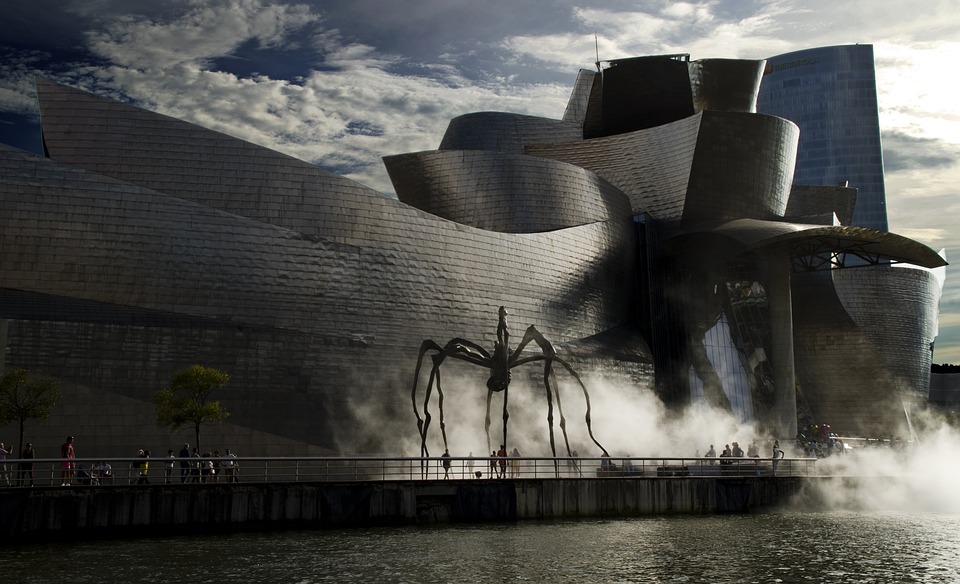 The West Coast architect, Frank Gehry, is clearly one of the most renowned building architects in the 21st century, thanks to the Guggenheim Bilbao Museum!

Located in Bilbao, a city in northern Spain, the museum is a beautiful representation of contemporary art. It represents the appealing combination of postmodern architecture with organic and smooth design.

The Guggenheim Museum consists of a massive collection of smooth curved lines and glimmering tiles. The museum’s three levels are distributed over twenty exhibition galleries that are all connected by bridges, corridors, elevators and stairs. Some of the galleries were designed with a type of urban design layout called ‘orthogonal plan’, while others were constructed with irregular shapes and boldly clad with titanium. Its spaces revolve around a huge central atrium where skylights offer more interior space and let in light from different angles.

The museum was completed in 1997 and the complexity of the design required the architect to employ advanced software that was originally used for the aviation industry. Today, the museum is one of the most famous buildings in the world and was dubbed by the media as an “iconic architecture.”

Moreover, the building is renowned as it was one of the key elements responsible for the ‘renaissance’ and transformation of the Bilbao city from an impoverished port city to one of Spain’s most popular entertainment destinations. 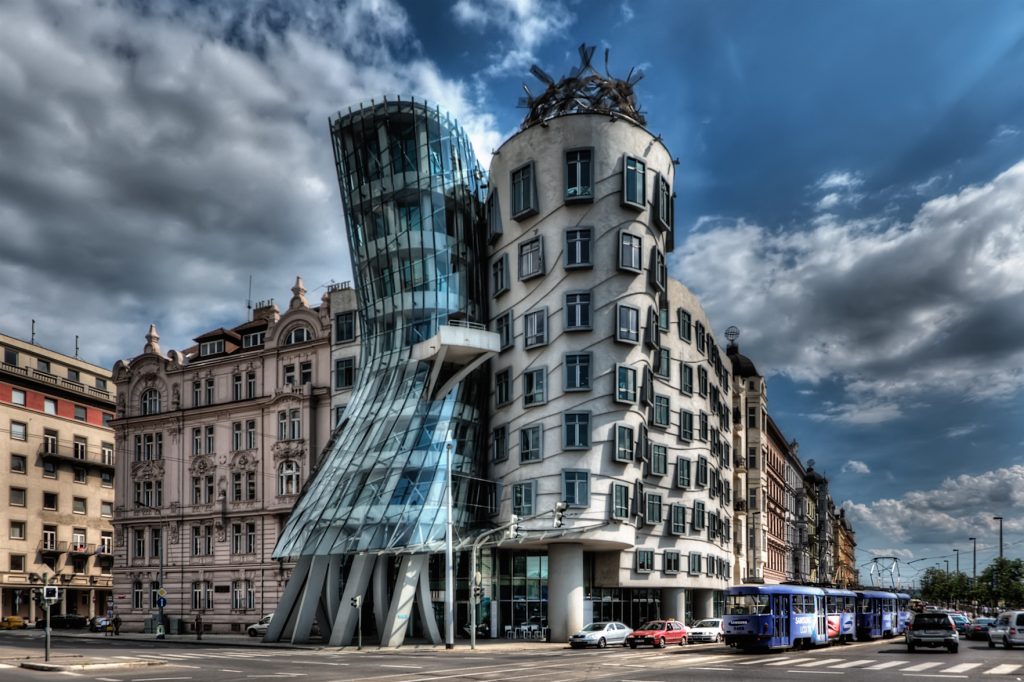 Remember that strange castle from the episode of Bugs Bunny in Transylvania 6-5000? Well, the Dancing House has somewhat of a resemblance to that castle!

Prague, the capital and the largest city of Czechia, houses the Nationale-Nederlanden building, which is known as the Dancing House. This interesting building was designed by the Croatian-Czech architect Vlado Milunić and world-renowned architect Frank Gehry.

The construction of the building started in 1992, at a site that held great historical significance. In the chosen site once stood a house named Fred and Ginger after the popular dancers Fred Astaire and Ginger Rogers and resembled a pair of dancers. This charming abode was destroyed by the US bombing of Prague in 1945.

The unusual shape of the building is based on the deconstructivist architectural style. Ninety-nine differently-shaped concrete panels support its dancing design and the frontispiece consists of two towers. The first tower is made up of glass and curved pillars which give a graceful touch to the building, while the second tower is supported with a facade of undulating lines. Together, these two towers represent the yin and the yang where the dynamic and the static design is combined. Consequently, the two towers resemble a dancing couple.

And finally, the icing on the cake is the huge twisted structure of metal called Medusa found at the top of the building.

Despite the building’s outstanding design, the Dancing House was subjected to much controversy as the architectural design was unlike other traditional design layouts found in Prague. However, the former Czech President, Václav Havel, fully supported the project and in 1996, the building was completed. 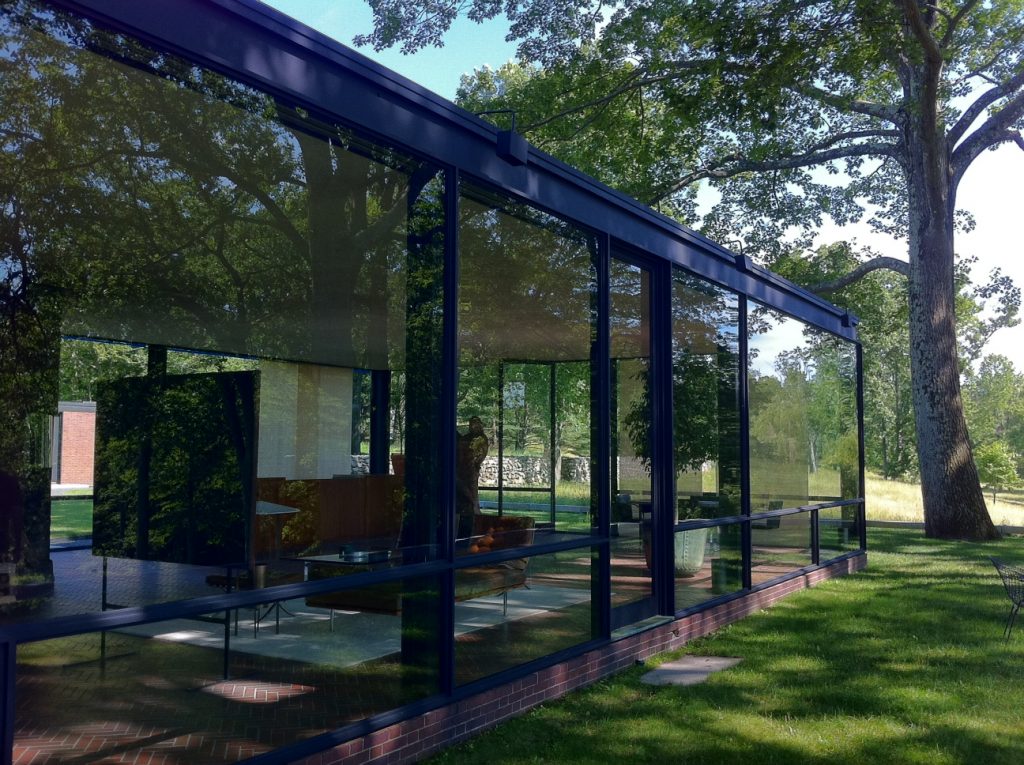 Located in Connecticut, the Glass House is a historic house museum, designed by Philip Johnson as his own residence. The stunning house reflects a perfect example of the early use of industrial materials such as glass and steel in home design. The main glass house consists of glass-enclosed rooms where the crystal-clear glass panels provide vibrant light reflections of the outside panoramic view while the interior is also exposed to the outdoors except for the brick cylinder structure where the bathroom is situated.

The glass house is famous as it surpasses all boundaries between interior and exterior spaces and its extensive use of glass in house design has inspired many architects today.

Why do you think visitors are always thrilled and excited to visit this house?

Do these architectural structures surprise you? Do you happen to know other exciting building designs? Please share your comments and don’t forget to come back for part 2 where we will dive further into the architectural world.