Since the advent of time, humans have always needed shelter to survive, but as we evolved with time, we made more and more complex creations. The structures on this list aren’t the tallest buildings in the world, but they are sure contending for the spot of the weirdest one. As most of us are locked at home due to lockdown restrictions, come along with us on this tour of the most peculiar buildings around the world. 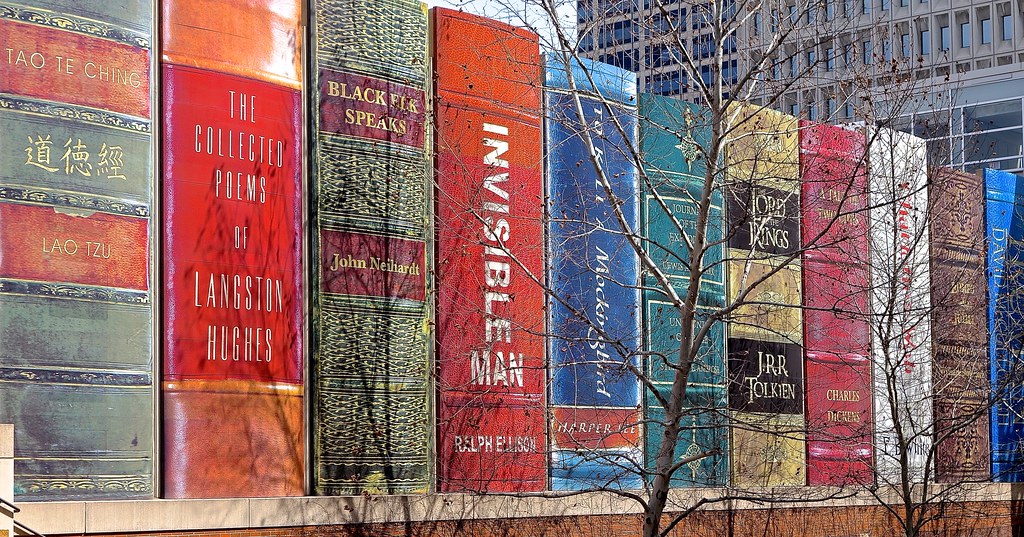 This has to be one of the coolest yet weirdest libraries out there. It is the oldest and the third largest library in Kansas. The library holds a plethora of original pieces of art that can only be found there, but it is most sought after because of its looks. The library looks like a bookshelf with its emblematic painting of some of the most popular literary pieces. You can find the mural of 22 book spines there, like Ralph Ellison’s Invisible Man, Romeo and Juliet by Shakespeare, or even Tolkien’s The Lord of the Rings. It is one of the unavoidable structures of the city. 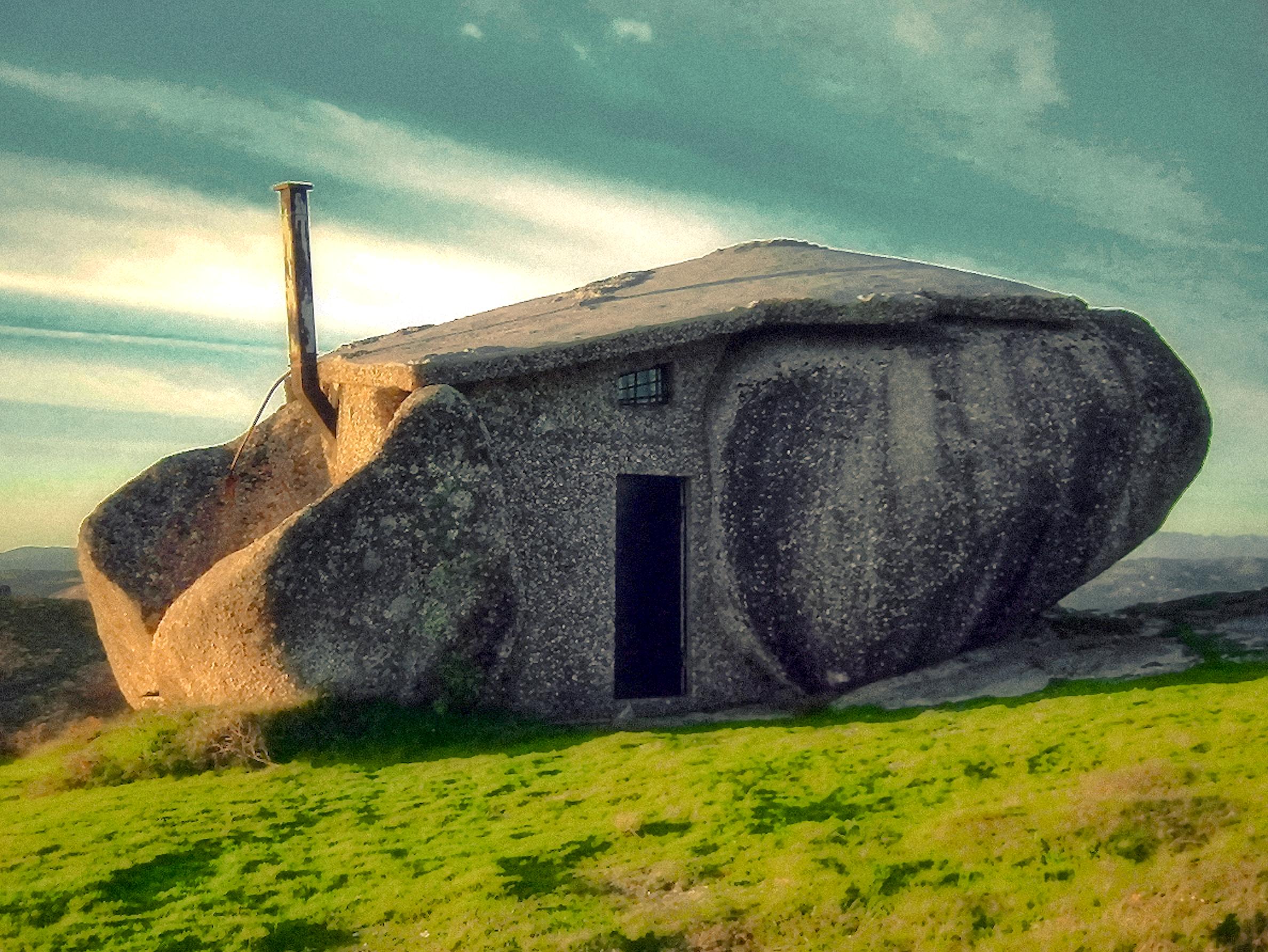 This peculiar architectural piece is one of the most distinct and famous structures on our list and it deserves its spot. Also known as the House of the Rock or Rock house, it is situated between Fafe and Celorico de Baste, located in the northern part of Portugal. It was constructed in 1974 and was originally a small vacation home that has been transformed into a small museum. There you can see relics and pictures of the Casa de Penedo throughout history. Because of its unusual design, it attracts tourists worldwide and is a real eye candy in real life with its Flintstones-esque design and picturesque backdrop. 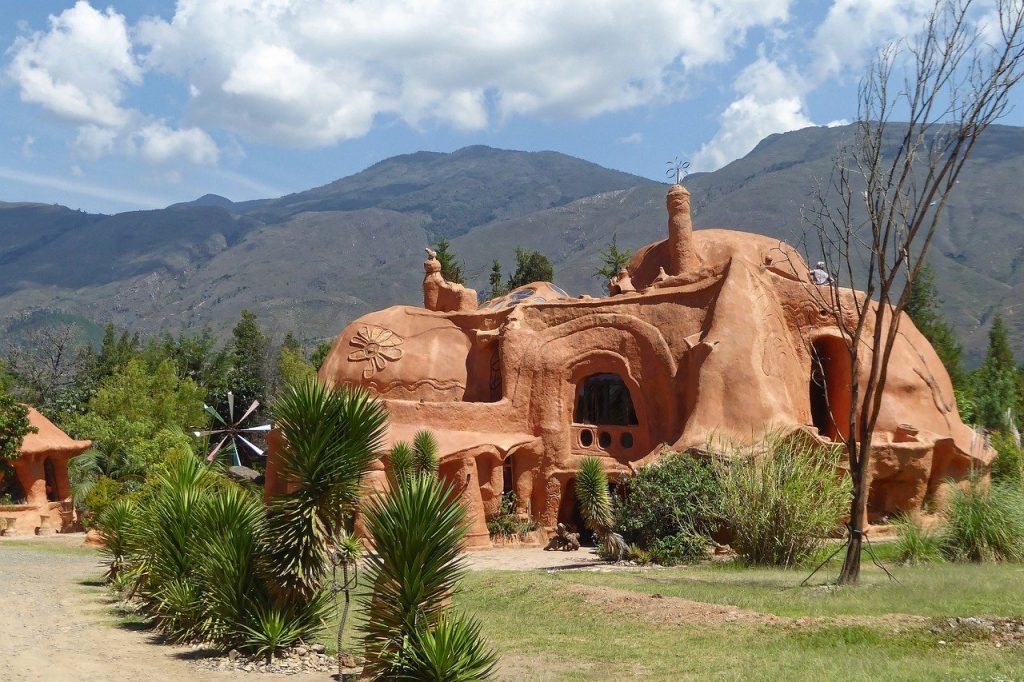 Known as the Ceramic house, Casa de Flintstones or Villa de Leyva by locals, this structure, as its name suggests, was built entirely using clay and was left to dry in the scorching sun of Columbia. Originally an experiment in sustainable building, it quickly rose to fame because of its innovative material and rustic and primitive looks. It is now a tourist attraction, and you can visit it for as little as $4.

This structure looks like a sandcastle recreation of a castle. Known as Palais idéal du facteur Cheval, after its creator and namesake, facteur Ferdinand Cheval. What’s more impressive about this building is that a single man erected it, that being Cheval. Its construction started back in 1879 and ended in 1912, and was classified as a historic monument in 1969 and won second place in France’s most beloved monuments in 2020. 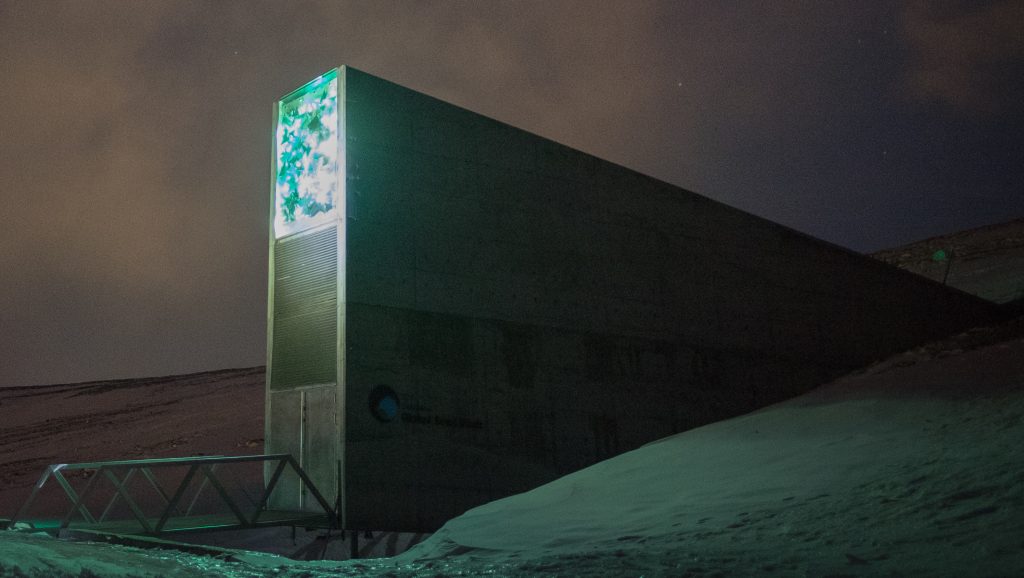 Located inside a mountain on a remote archipelagic island in Norway, this is not as weird as other structures in our list, but it serves a unique purpose. It is a long-term seed storage unit that is supposed to stand the test of time, nature, and even man-made weapons. On top of that, it represents the world’s most extensive collection of crop diversity. Though you can’t visit this one, you have to admit that it’s doing an excellent job preserving our food source.

Located in Delhi, it is a Baháʼí House of Worship. It is in the shape of India’s national flower, which is the lotus and is open to everyone regardless of their religion and/or other affiliations. The building has 27 free-standing marble-clad petals arranged in a cluster of 3 to form 9 sides. This one is not as weird as it looks out of a picture book and won several architectural awards for its looks. It has been featured in many newspapers and magazines and was even acclaimed as the world’s most visited building in 2001 by CNN.

Sound off in the comments section below and tell us your favorite weird building that can be found in your country.