Does your business need to use the latest production tools? Laser cutting is really intriguing and something that most of us don’t really need in our day-to-day life. However, some companies depend on them to function. Here are the excellent reasons to contact an industrial sheet metal laser cutting artisan.

Principles and operation of laser cutting 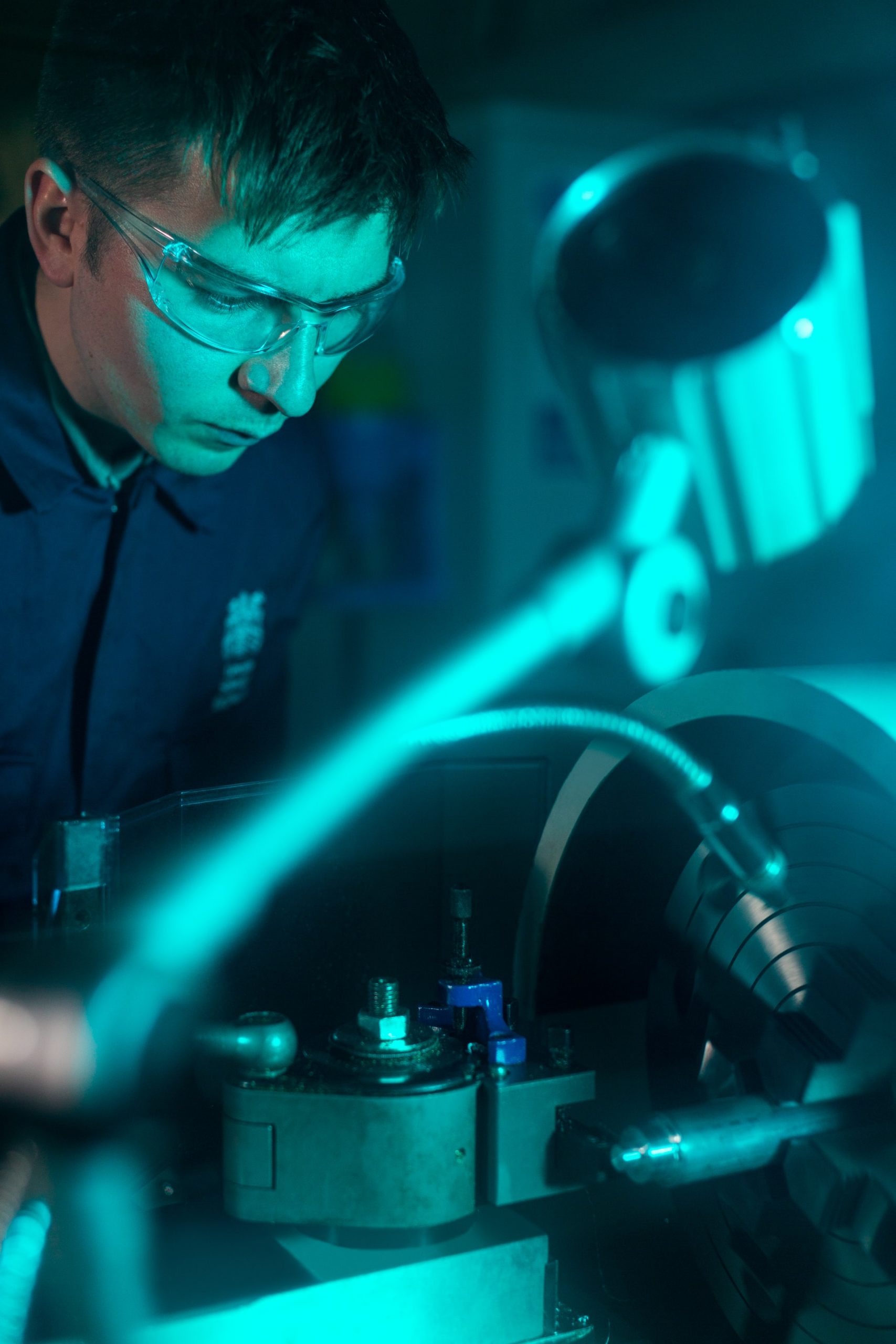 The word “laser” comes from the abbreviation of the English words “Light Amplification by Stimulated Emission of Radiation”. Its principle is to remove an electron from the orbit where it turns to bring it to another higher. In 1917, Albert Einstein started a process that was later used for the technique of producing the laser by “population inversion”, which is having more particles in an excited state than in a ground state.

The “laser cutting” is a technique that consists of cutting or engraving material through the use of a laser. Different materials, such as plastic, wood, cardboard, and metals, can be worked with this technique… The stimulated emission of radiation releases a large amount of energy in the form of a photonic light particle. This light is amplified so that a chain reaction of photons focuses the energy in a pressurized optical path called a nozzle. With the high temperature created by this energy, the material could melt or vaporize with minor deformations.

To trace the cutting path, a computer is used to have a concentration on a small surface. Directed by two motorized, digitally controlled axes, the laser beam creates curves and patterns in the source file. Whether cutting or engraving, the power and speed of the laser beam vary according to the type and thickness of the material used. There is nothing more impressive than a laser beam cutting a material!

The different types of laser machines 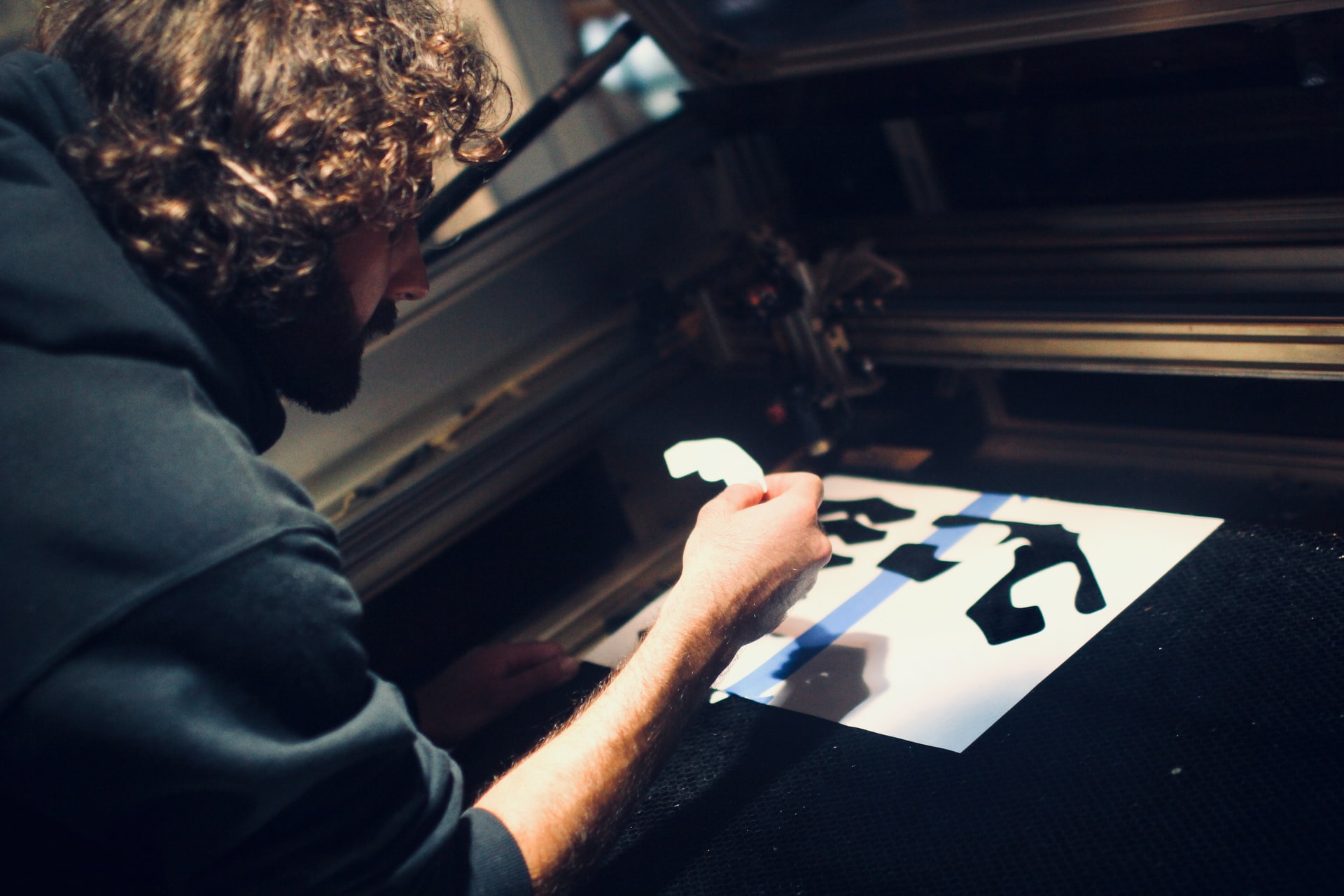 There are 3 types of lasers: the CO2 laser, the YAG laser, and the new generation fiber laser.

As its name indicates, the CO2 laser contains a gaseous mixture called laser gases: Helium, Nitrogen, CO2. Producing a medium infrared wavelength, this laser has a power that varies from 0.5 to 25 KW. It can emit continuous, pulsed, and super pulsed waves. It cuts metallic and non-metallic materials at high speed. It allows an easy control of the laser sources. The CO2 laser can cut materials such as steel (unalloyed or low alloyed), stainless steel, nickel alloy, and titanium.

The emitting medium of a YAG laser is a solid-state medium. Its power can go up to 2 KW. It can emit a wavelength close to infrared, which can be continuous or pulsed. It cuts both aluminum and copper. Its transmission of a beam by optical fiber allows a great precision, unlike the CO2 laser, which cannot; the YAG laser can cut aluminum at a very high speed.

The new generation fiber laser offers advantages in terms of cost, compactness, flexibility, and ease of use. The realization of optical bipolar traps emits radiation in the infrared at 1064 nm. Cooled atoms, with continuous power, ensure a good stabilization of the condensate.

Advantages of the laser in industrial sheet metal work

There are different ways of using sheet metal. Used in the industrial sector for the micromachining of small mechanical parts, this process also releases a massive amount of energy on a very small surface. Offering a high level of precision, it appeals to many small and medium-sized companies such as the hardware industry and the aeronautics, mechanical, chemical, and design sectors. Sometimes, traditional manufacturing methods prove ineffective in cutting all types of materials. Laser cutting, which differs from oxyfuel cutting, is used in a number of sectors where speed is of the essence. It allows a high production speed and an economy of materials. Its freedom of design and quantity imposes no limits or constraints. You will get a cut with very little deformation of the material. Now you know who to turn to for better quality cutting of thick materials. Take a step towards improving your projects’ speed and quality of production.

Sound off in the comments section below and tell us if you want to read more about laser cutting.