A home definitely needs to be the place where you are most comfortable than anywhere else in the world. However, when it comes to the architecture – especially that of your dream house – you have your own unique ideas and designs. While many love the sleek and sophisticated, others go for a more warm and cozy taste and some adjust with the simple and classic.

But when that need to stand out – with the passerby continuously staring at your house with a WTF look – piques at you, you’ve got to take that dip and get featured on the World Guinness Book for the most unusual home. 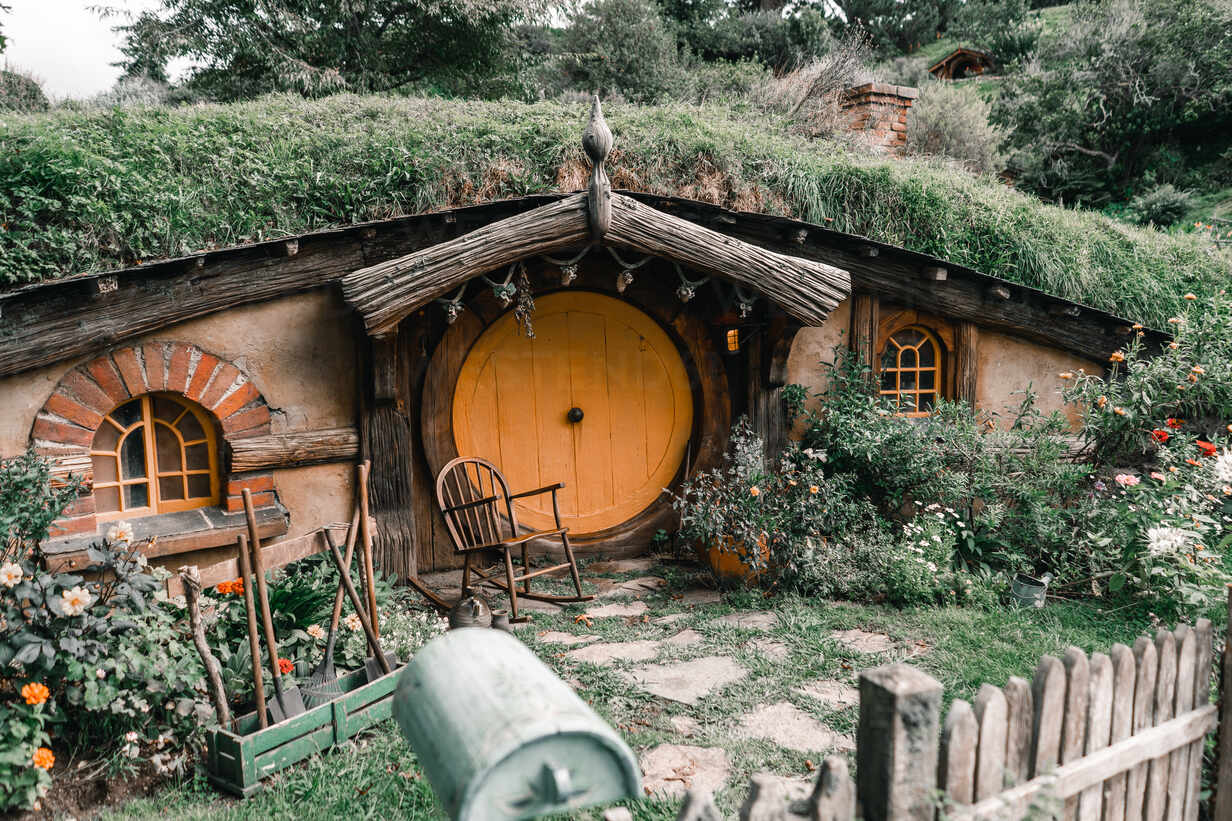 For decades, people have been obsessed with Tolkien’s Hobbit, the fictional universe, the wizards and magicians, dwarves, giants, the terrifying Dark Lord and the dragon Smaug – my obsession was more with dangerously sexy Hobbit men and their beards – leading to fans even dressing like the characters and staging their homes with more than a thousand collectibles.

But building a house straight out of Hobbiton is the most remarkable or strangest thing that a Hobbit fan could do.

Sounds cool and rea– wait, what about the bathroom? Does that mean your neighbour gets a sneak peek of what you are doing inside?

Ditching the concept of privacy, a Japanese couple in their forties apparently trusts their community enough to expose themselves, like literally, in a house where every damn thing is visible from the streets.

For one thing, the transparent house offers plenty of sunlight.

And for another, ummm… well, I can’t find any other reason, so pass. 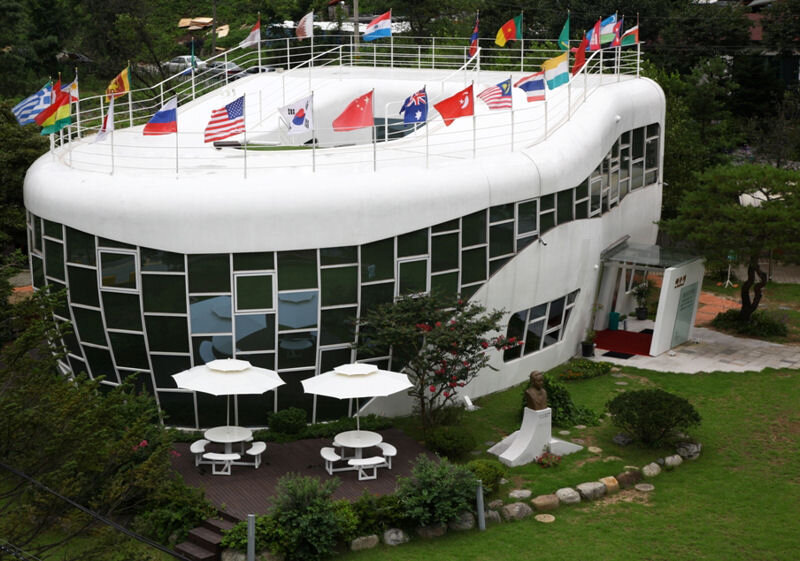 You mean a huge size of the thing I sit on every early morning?

No, I meant one with a beautiful rooftop balcony, decorated with the flags of several countries and I’m serious.

To commemorate the founding of the World Toilet Organization, the South-Korean mayor of Suwon, Sim Jae-Duk, had built a house designed in the form of a toilet. But, the most shocking aspect of this house is its price: over a million dollars! 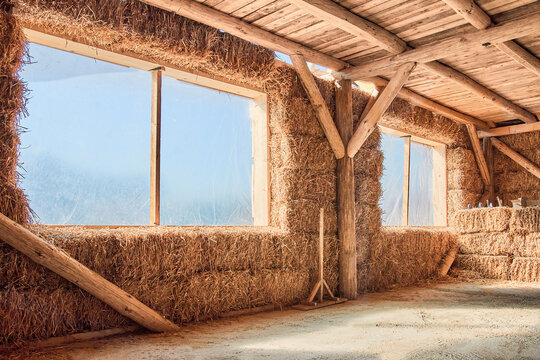 I thought they stopped building straw houses ever since the wolf huffed, puffed and blew the whole straw house of the little pig.

With the rising concerns of creating a more eco-friendly environment, people have turned to green construction, including residential buildings like houses and apartments. Typically, what makes a green house is the use of more sustainable materials and more focus on the usage of energy in the home design.

When we talk about straw, it’s unarguably the cheapest material that could be used in construction; don’t forget to factor in the excellent insulation element.

Straw houses could be an excellent celebration of reducing our environmental footprints, but the question is: how long can they last? 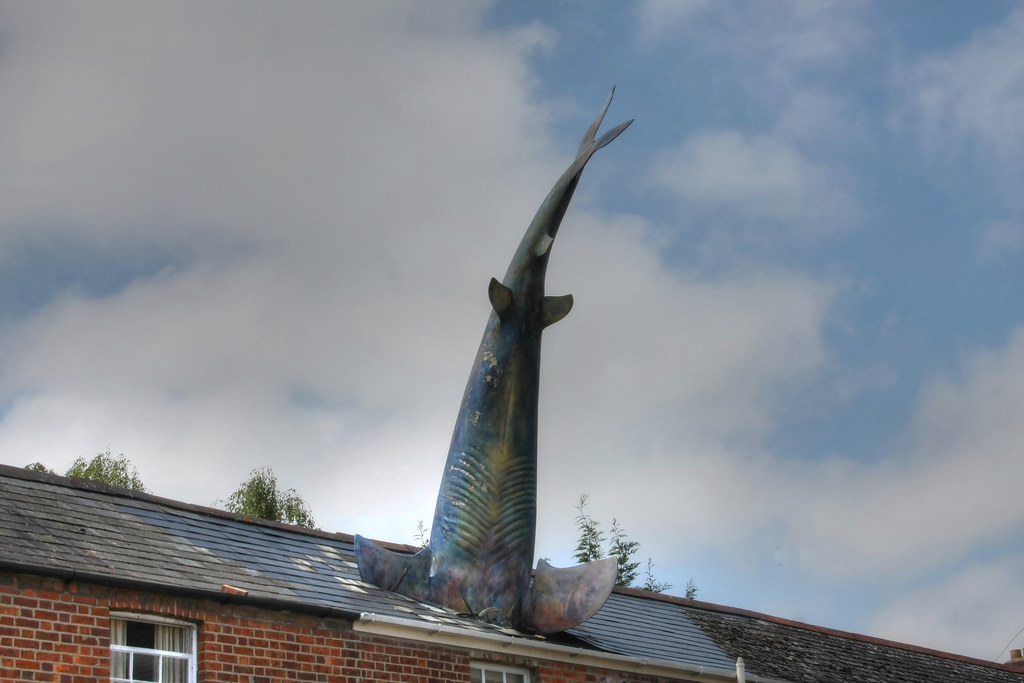 The name says it all!

On one fine evening in 1986, BBC radio DJ, Bill Heine, sat on the steps of his newly bought terraced home in Oxford and wondered about what he could do to liven it up?

He got the answer in the form of an eight-meter shark that appeared as if it was crashing into his home from the sky.

The results: the fibreglass fish turned the usually-quiet street into a beloved local landmark, attracting attention to the shark (which later became known as the Headington Shark) like a magnet.

All of these sound quite eccentric, yet not impossible at all for Jarvis Contracting. No matter how different, weird or even stupid your idea of a home sounds like, this company can conceptualize your idea and bring it to life.

So, if you’ve got nothing to hide and want to opt for that transparent house or want to be the little piggy in the straw house, contact Jarvis Contracting!